On a swelteringly hot day Members of the group and two invited guests  gathered at Nassington old railway to follow Sue Payne’s historical tour of Nassington as the village was in the early 20th century witnessed by the late Lance Lock who was born on the 12th May 1910. As the photos show strict social distancing was observed throughout the walk.

Dodging from shade to shade we headed up station road stopping at various locations such as a watch and clock making shop, old defunct pubs and millinery/clothes shops all illustrating how self contained village life was in those days (no driving to John Lewises !!!). The roads were mainly mud and deeply rutted from the local transportation which was horse and cart for goods and people with money in their pocket the rest went by Shanks pony!

The sadly now closed Black Horse Inn was used for distributing freshly caught rabbits and hares allegedly poached at night and sold in the early hours from the frontal bay window which was closely examined by the members for the initials HP supposed to be etched on the window, alas not to be found.

We turned up church street and still dodging from shade to shade admired Miss Watson’s hand laundry where  village women and London girls !!! worked on laundry from local country houses.

On the right hand side as you look at Nassington House which is a 17th century dwelling with a Collyweston slate roof, there is a very large old tree which none of us knew quite what sort of tree it was.  Lynda and Pete have since  found out that it is a Holm Oak or Holly Oak Quercus Ilex.  (Picture shows just how large it is with Ambrose Bennett staring up at it)

Moving from various architectural points of interest we arrived at the church of St Mary which is 12th century although some Saxon work remains. We past the magnificent Manor House with its stone mullioned oriel window we decided to cut short the walk due to the heat of the midday sun and seek refreshment with a short cut across the fields to the Queens Head where a lunch was booked.

In all we had a very interesting walk and became much more aware of Nassington’s history.

Many thanks to Sue Payne for allowing us to use her fully researched guide and to Avril for organising the walk and for reading out loud explaining about the various buildings along the route.  Several members were asked to write out lines because they were constantly talking and not listening to teacher, as usual a lot of fun and laughter was had by all. 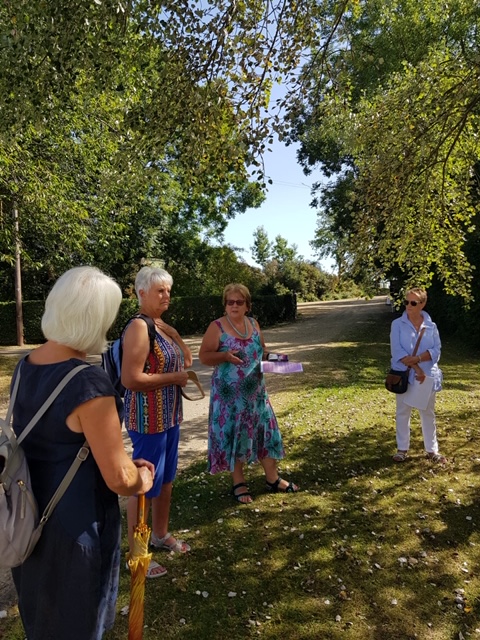 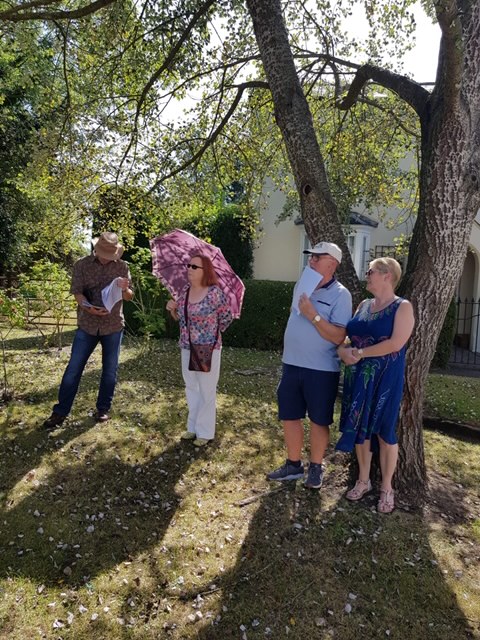 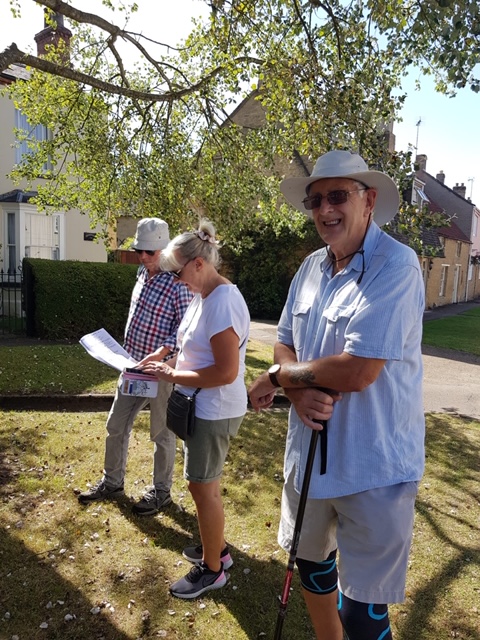 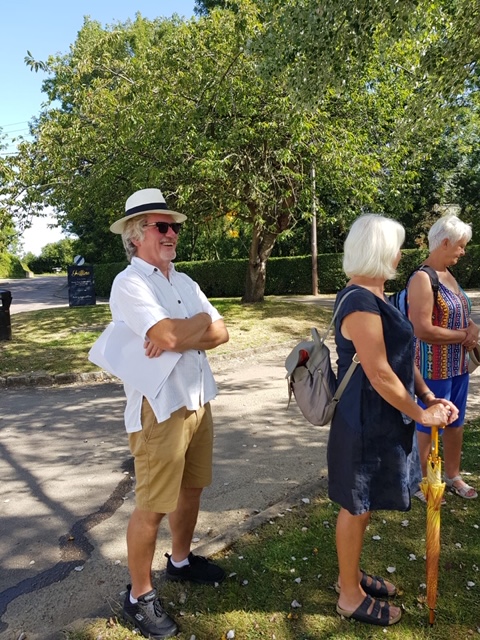 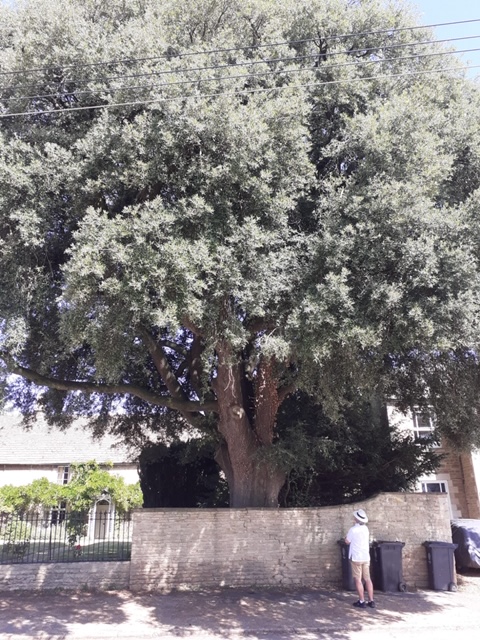 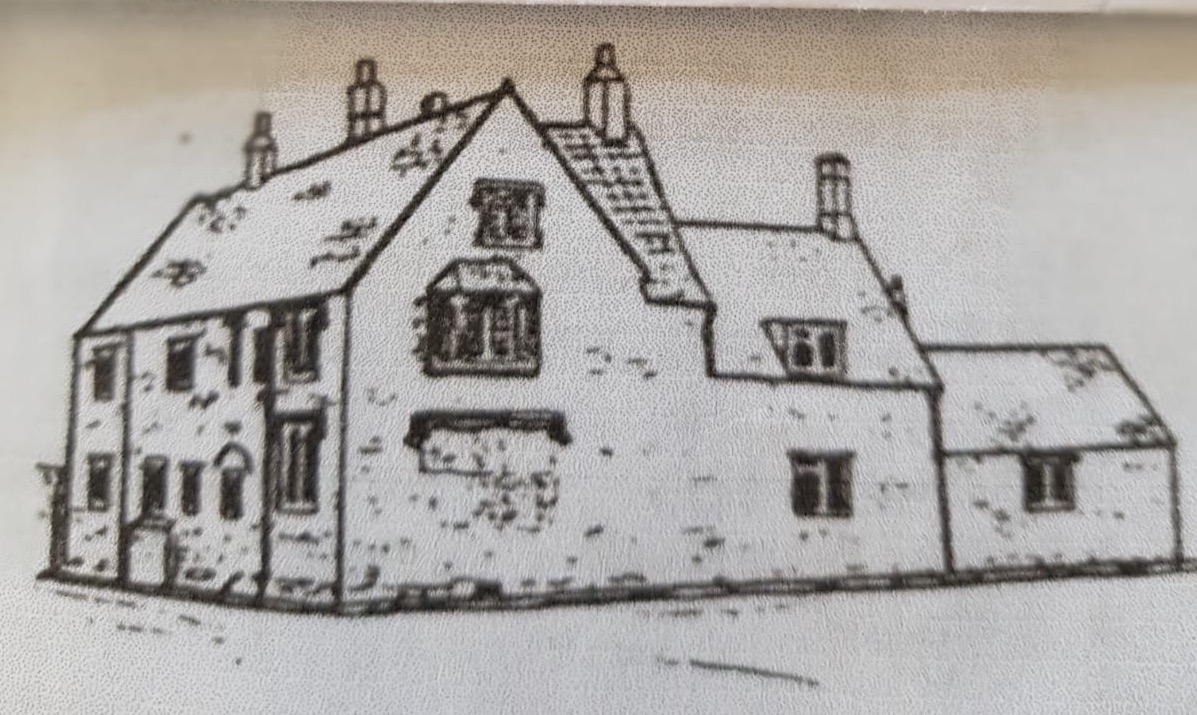 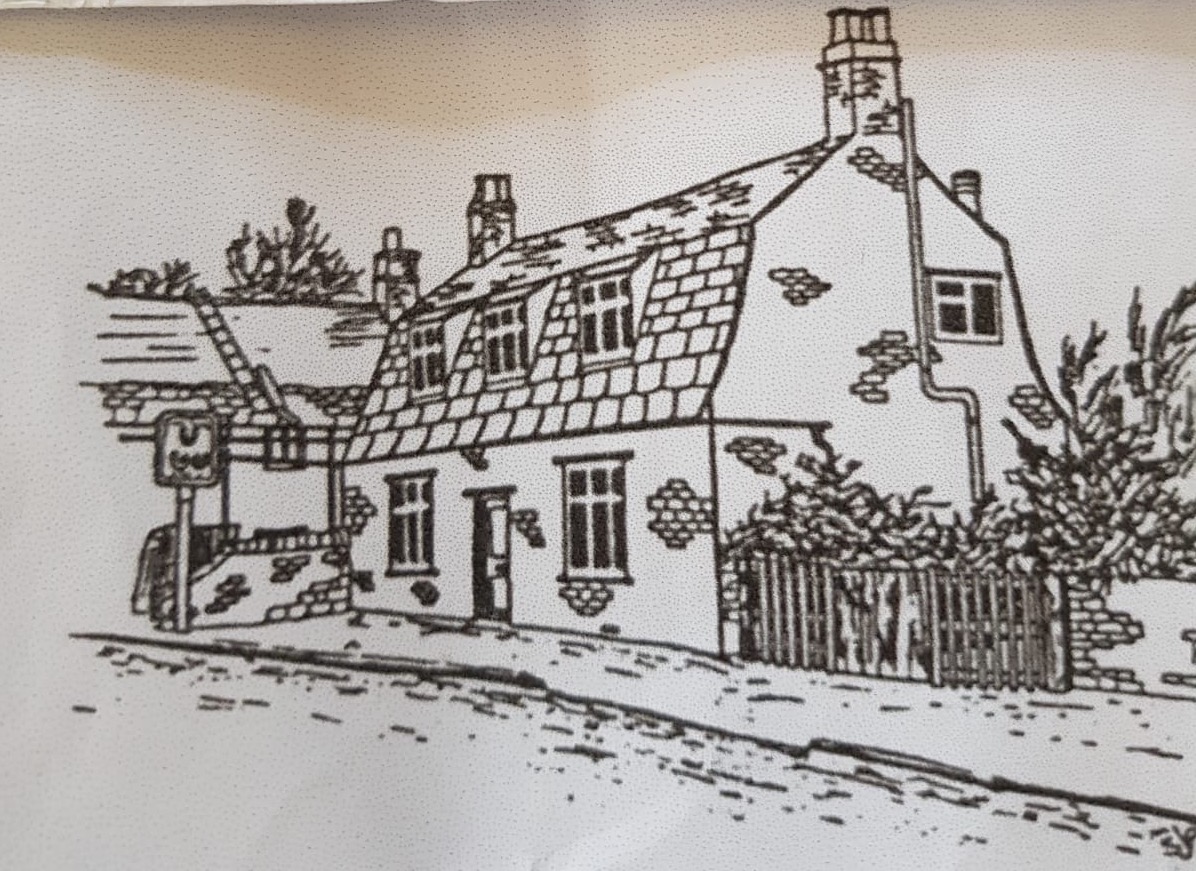